A Look Inside the SOAR Program

Last summer marked the 14th year of our Summer Orientation & Mobility and Adapted Living Resources Program (SOAR), formerly known as STEP.  The SOAR program has significantly impacted the lives of over 200 students who have attended the instructional 3-week program since its inception in 2005.  SOAR provides structured training and specialized instruction to twelve young adults ages 16 – 21 who are legally blind and intend to live independently, seek higher education or seek competitive employment.  The students spend three weeks living with a roommate in a dormitory located on Webster University’s Campus in Webster Groves, MO.

Four SOAR participants from last year’s class agreed to share their personal journeys through the program to give our readers a better understanding of this complex, yet decidedly beneficial program.  The interview touched on several topics and was quite entertaining at times. 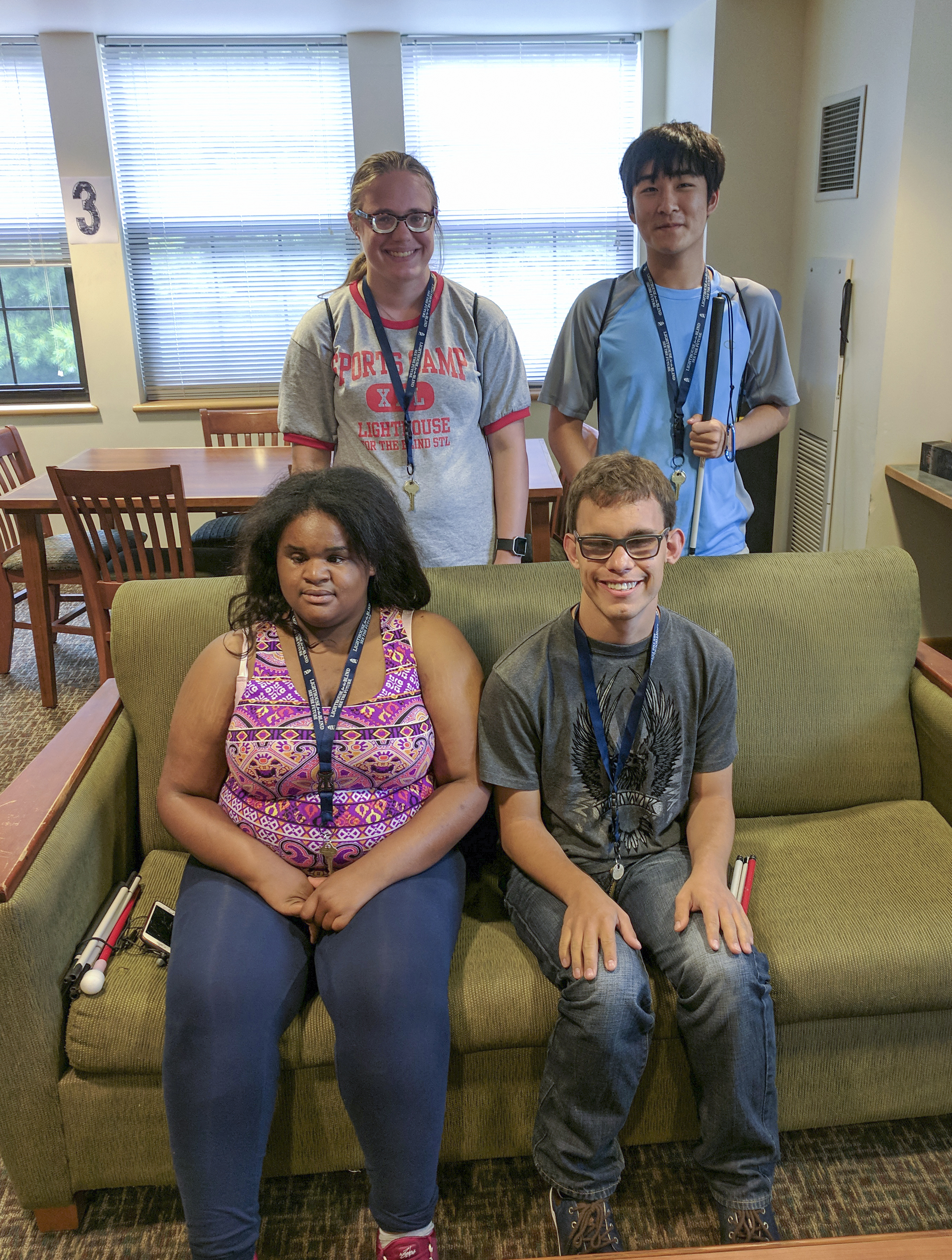 For many of our SOAR participants, their stay at Webster University is their first time living away from home for longer than a few days.  When the four were asked if they were homesick at all, the question was met with a unanimous “no” at first followed by chuckles and further clarification that of course they miss their families and their own beds, but they are having so much fun there has not been time for homesickness!

SOAR is structured around a series of lessons called domains.  Each domain focuses on a specific adapted living skill.  Domains include cooking, kitchen management, home maintenance, orientation & mobility, money management, career exploration and sex education.  Our participants identified Kitchen management and Orientation and Mobility lessons as their favorite domains.  Kitchen Management teaches students the basics of following recipes, using adaptive kitchen tools and safely operating kitchen equipment and appliances.  Arianna enjoyed the opportunity to create her own recipes and raved about the tasty food she cooked especially the chicken strips coated with Cinnamon Toast Crunch.  Yum!  Ariana, “gives props to the cooking instructors” and appreciated their patience.  Her sentiments were echoed by Kristin who valued learning safe and efficient methods to chop vegetables and navigating safely around a stovetop.  According to Justin, “I was terrible at it [cooking] and didn’t have a clue on what to do and how to handle things but I have become much more able in the kitchen.”  Seyoon said he received, “way more exposure and comfort in being in the kitchen.” 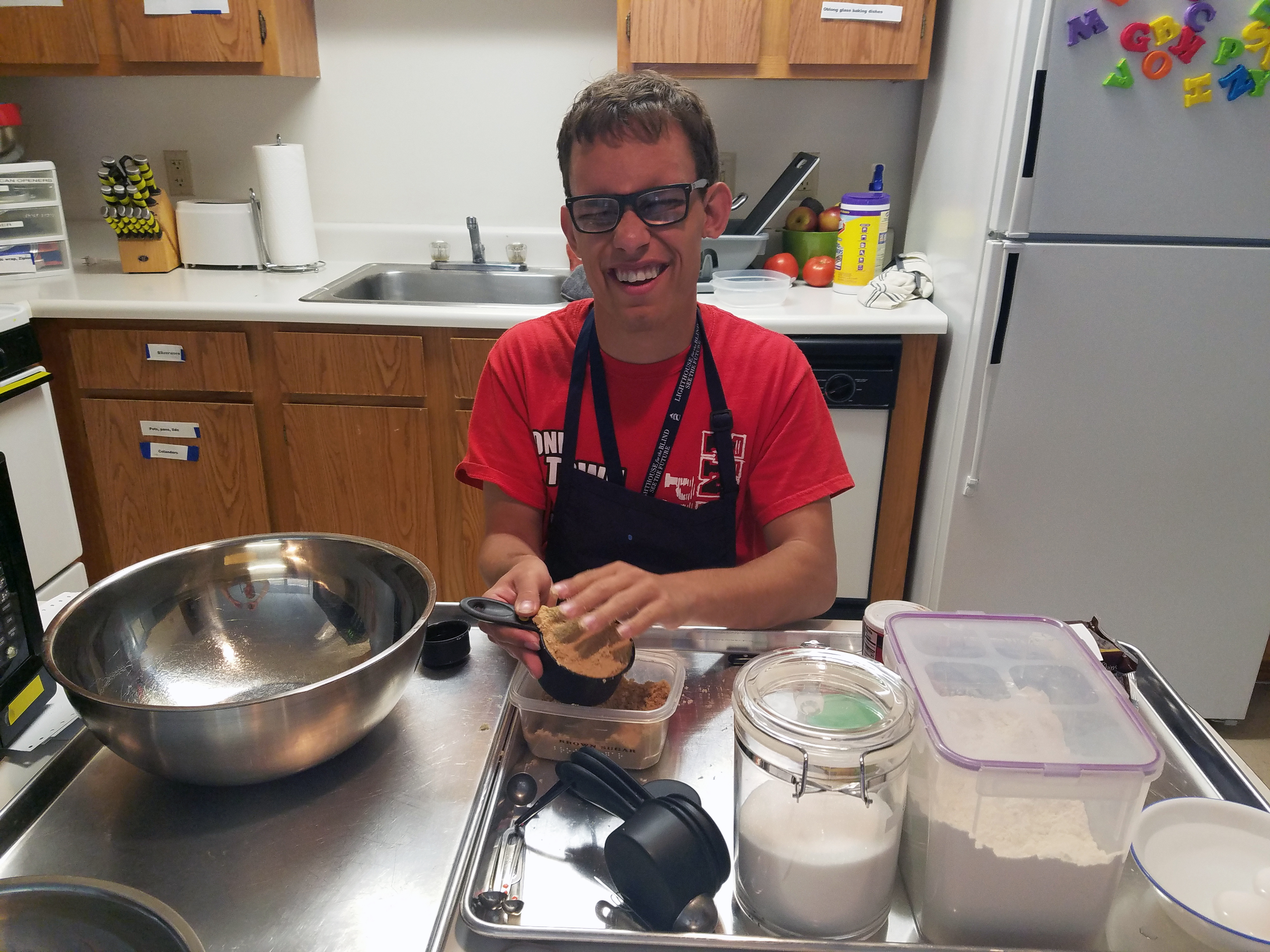 Justin Learning To Bake During His Kitchen Domain Instruction.

The Orientation and Mobility domain instructs students how to confidently navigate independently.  The students traveled all over St. Louis utilizing different methods of public transportation and sharpening their cane skills.  The day of the interview Ariana visited the Delmar Loop via the metro.  She was very proud of her excursion and confidently stated, “if I don’t know where something is, I’m not too proud [to ask] because there is no shame in my gain because I swing the cane.”  According to Kristin, “my first week was my first time ever taking the metro link.” When asked how confident she felt traveling by herself now, she said, “oh yes, I feel very confident.” 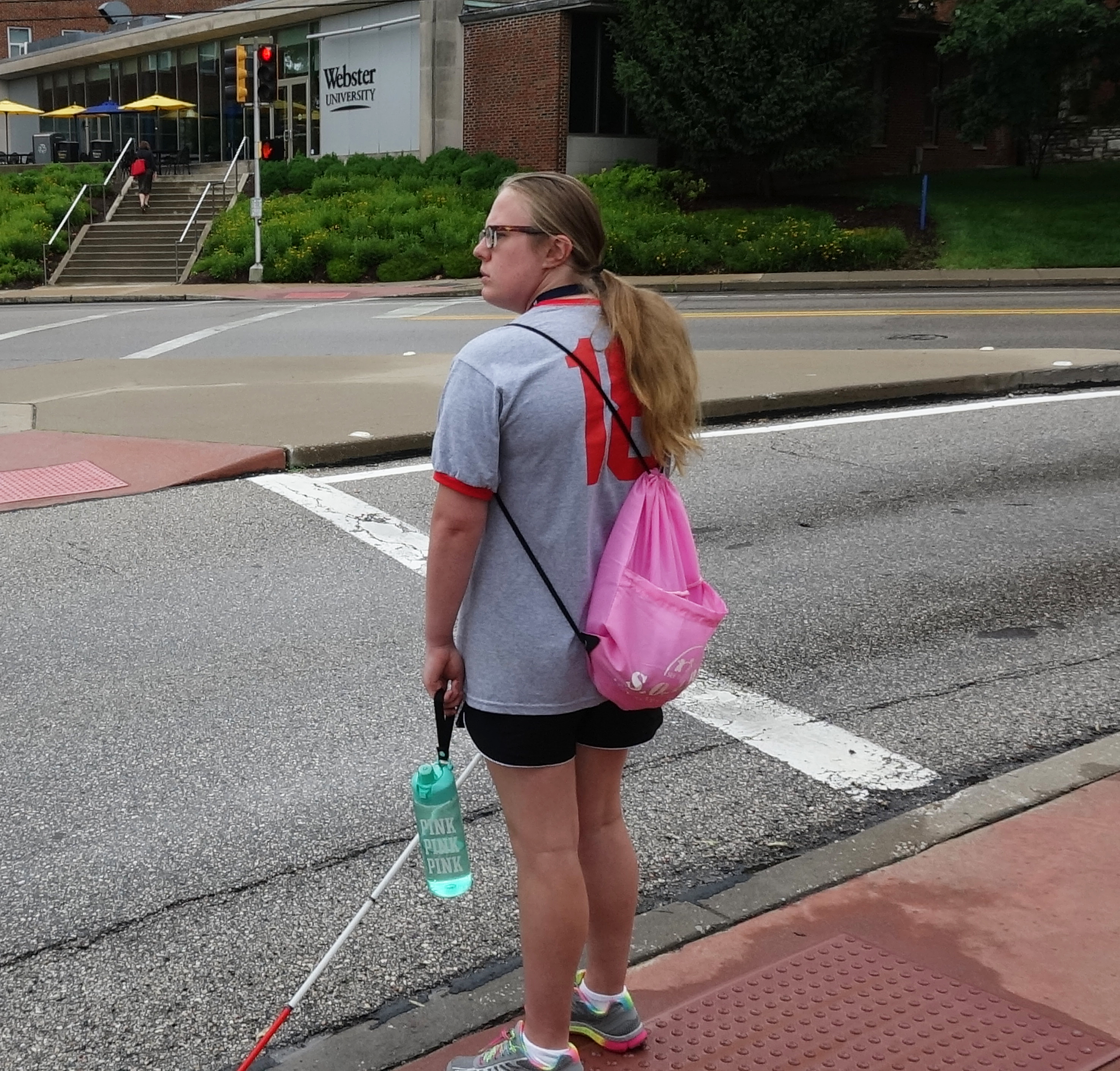 Kristin Learns How To Safely Cross Intersections While Completing Her Daily O&M Lesson Outside Webster University.

Upon completion of the student’s first two weeks of SOAR, they are assigned nightly chores to practice the skills they learned during their domains.  Seyoon was assigned to clean the bathroom.  “I know we don’t use mirrors, but it is good to have them clean,” he chuckled.   Additional chores include taking out the trash, straightening the common areas, cleaning the laundry room and vacuuming. 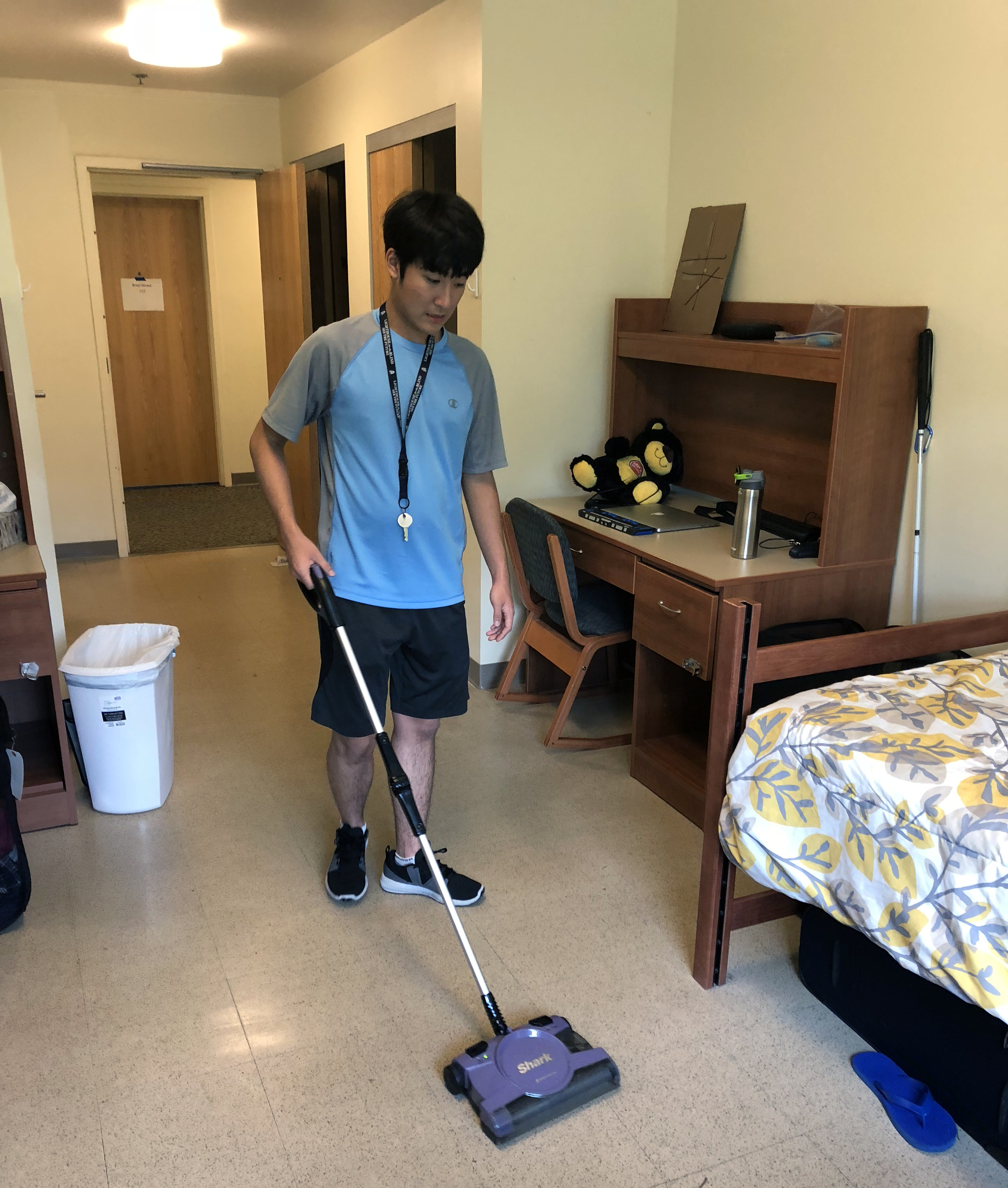 Seyoon Vacuums His Dorm Room As Part Of His Evening Chores.

The SOAR students refer to the dormitory’s common room as “Switzerland.”  The student’s days begin and end in Switzerland.  The space provides students with an area to be themselves and to casually interact with their fellow peers.  According to Kristen, “in the morning, everyone gathers in the student lounge and listens to music to wake up and prepare for a good day.”  Justin says, “there are times we just socialize.  Just talking and hanging out with people who are good friends. That’s the best part of the whole program.”  Throughout the program, students enjoy movie nights, bop-it competitions, trivia, karaoke, rapping, dancing and just plain fun in Switzerland.

The SOAR students work hard throughout the day mastering the domains, but life is not all work and no play at SOAR.  Each evening is filled with fun activities and excursions including visits to downtown St. Louis, the city garden, Forest Park, Ted Drewes Ice Cream, the arch and of course Swing Around Fun Town, the SOAR students’ favorite outing.  Swing Around Fun Town features mini golf, bumper cars, go carts, water bumper boats and so much fun!  Justin laughingly said, “I drove a go cart straight into a wall and it was awesome!”  Seyoon discovered a new talent while on the go cart course.  He managed to successfully drive the whole track using echo location techniques.  According to Seyoon, “I realized there was a fence surrounding [the track].  The echo location and my spatial awareness combined together and helped me map out the track.  I still have a clear image of that track.”  Unlike Justin, Seyoon did not have a single accident or collision on the course.  Ariana enthusiastically stated, “it was lit!” when asked about her time at Swing Around Fun Town. 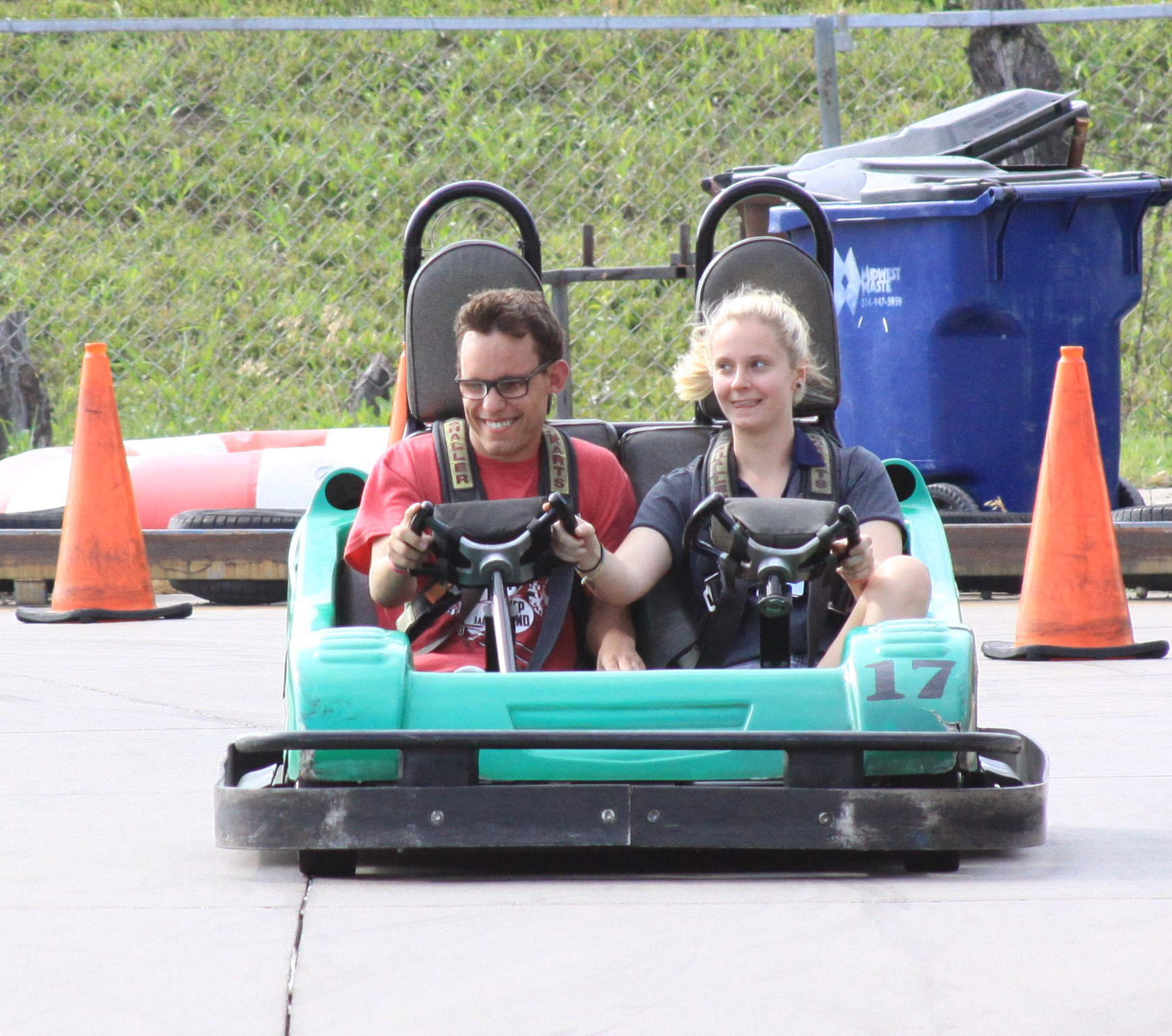 Justin Excitedly Drives A Go Cart Around The Track At Swing Around Fun Time During One Of SOAR’s Many Nightly Excursions.

Sports Camp, another Lighthouse sponsored program, takes place during SOAR allowing all 12 participants to take part in the activities. Sports Camp introduces participants to adaptive sports such as Beepball (blind baseball), swimming, bowling, rock climbing, track and field and yoga.   Sports Camp takes place over two days and creates a non-competitive, encouraging environment.  All participants stay in the dormitory with the SOAR students.  Seyoon enjoyed participating in Track and Field and swimming the most.  “I got four medals which I was really happy about because I never thought I was good at those activities,” he said.  Of the experience Kristin said, “I have been wanting to win a medal in my school track and field.  I thought I would never have the chance to ever win a medal, but I ended up getting 4 at Sports Camp and I was like, oh my goodness, this is awesome!” 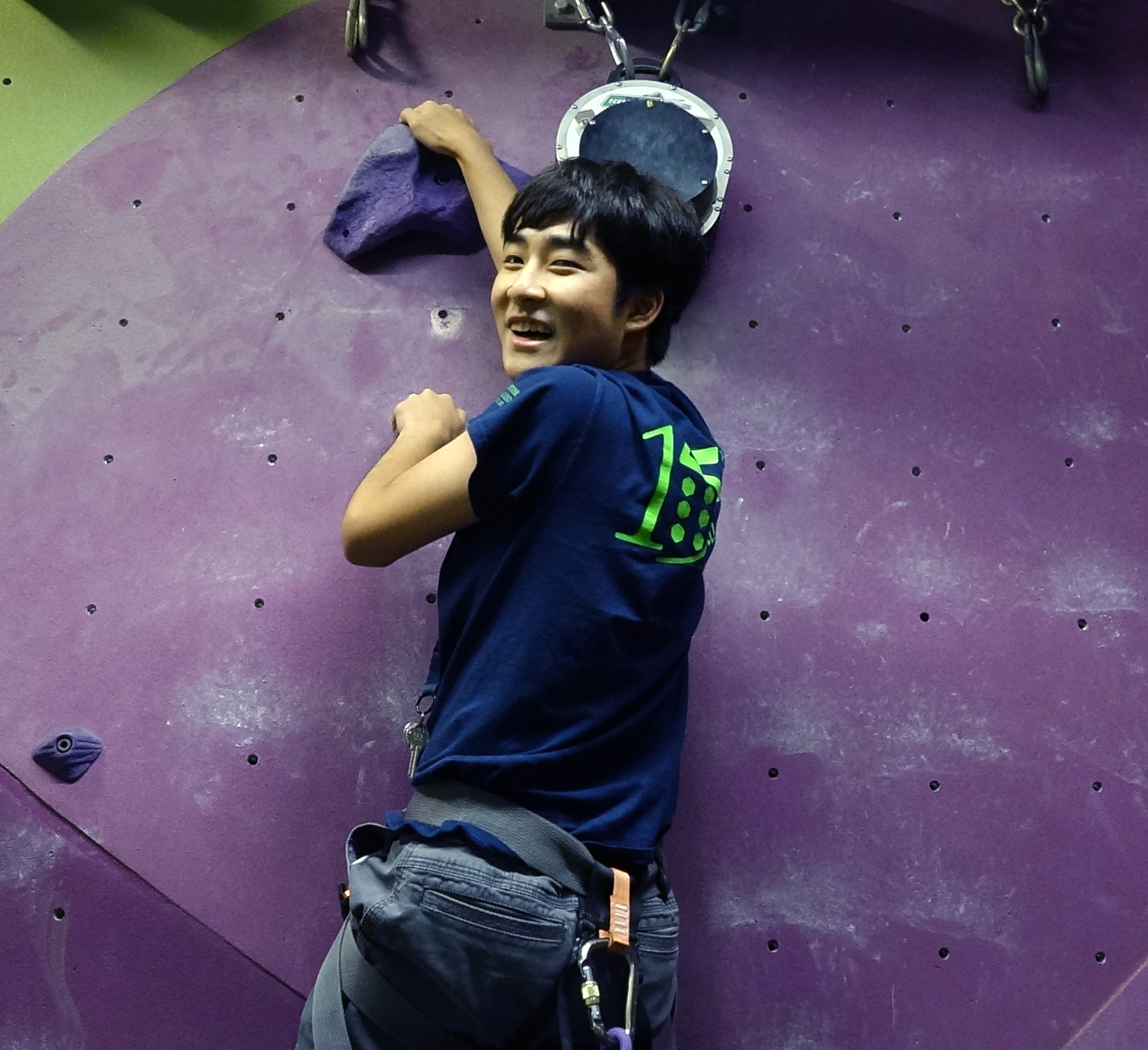 All four students emphatically said they would highly recommend SOAR to teens who are legally blind and had great advice for future SOAR classes.  Kristen advised teens who are contemplating attending the program to “just do it.”  She continued, “It’s three weeks out of your summer.  It may seem like it’s a long time, but it goes by super, super quickly [and] you learn so, so much about everything.”

Arianna said, “you learn so much by such wonderful people.  SOAR is better than school because SOAR instructors are giving you constructive criticism.”  She went on to say, “I get bullied a lot and I feel accepted [at SOAR].  I’m the odd ball out at school because I am the only one visually impaired.” 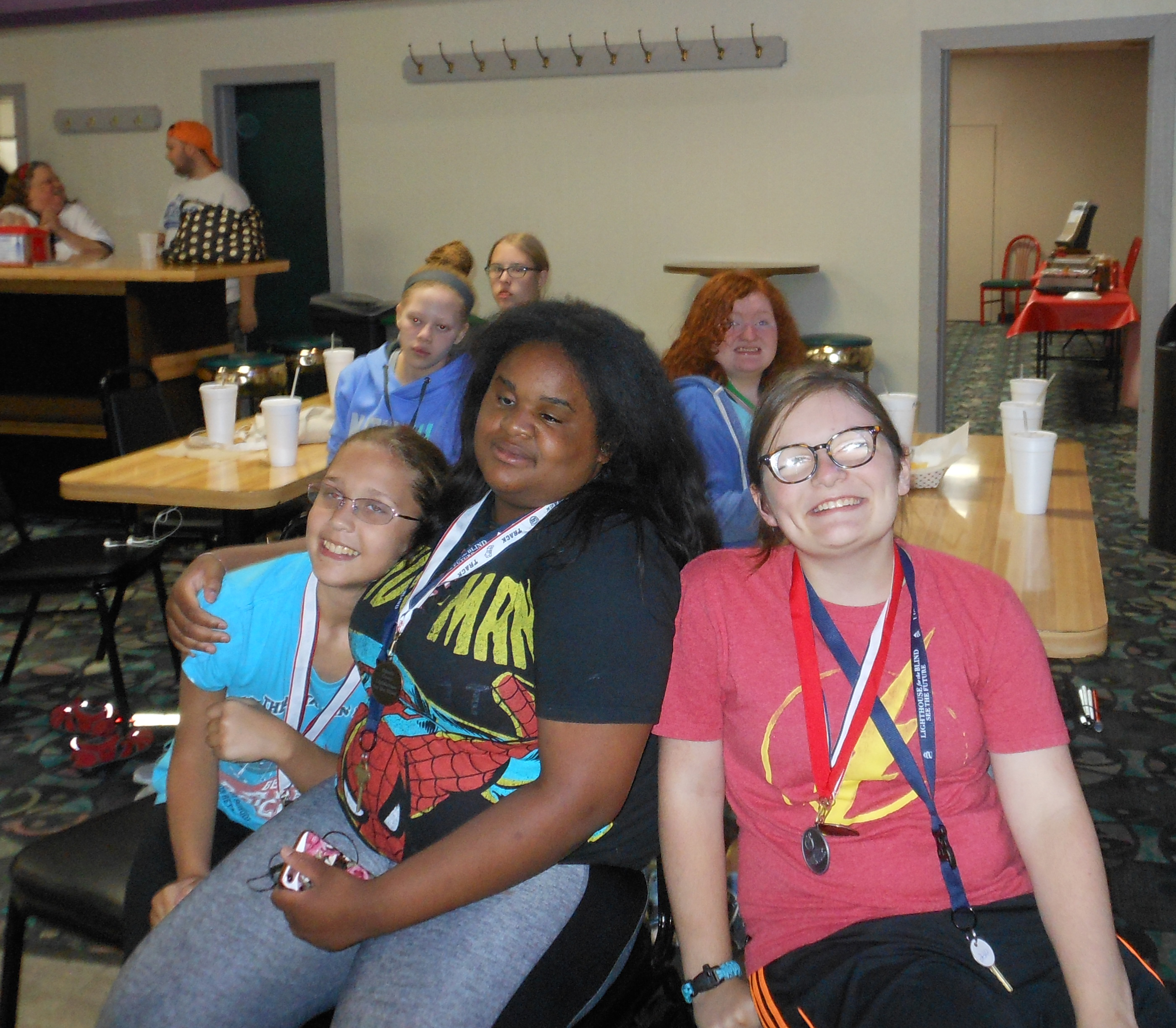 Ariana Hangs Out With Close Friends She Met During SOAR 2018.

To future SOAR participants Justin said, “You might come in and at first think – wow, this is crazy.  You are here for three weeks completely on your own, not allowed to see family…it might be a little unnerving at first but you just have to go with it, just take off and once you let yourself do that you will never want to go back.”  Seyoon’s future advice to students, “I think SOAR is a field of opportunities.  It gets you exposed to the ADL (Activities of Daily Living Skills) you may need to be successful in your life.  I encourage everyone to apply.  Put yourself through these weeks and see how it is because it is worth it.”   Seyoon closed by saying, “This program is phenomenal.  I really hope this program stays as long as it can.” 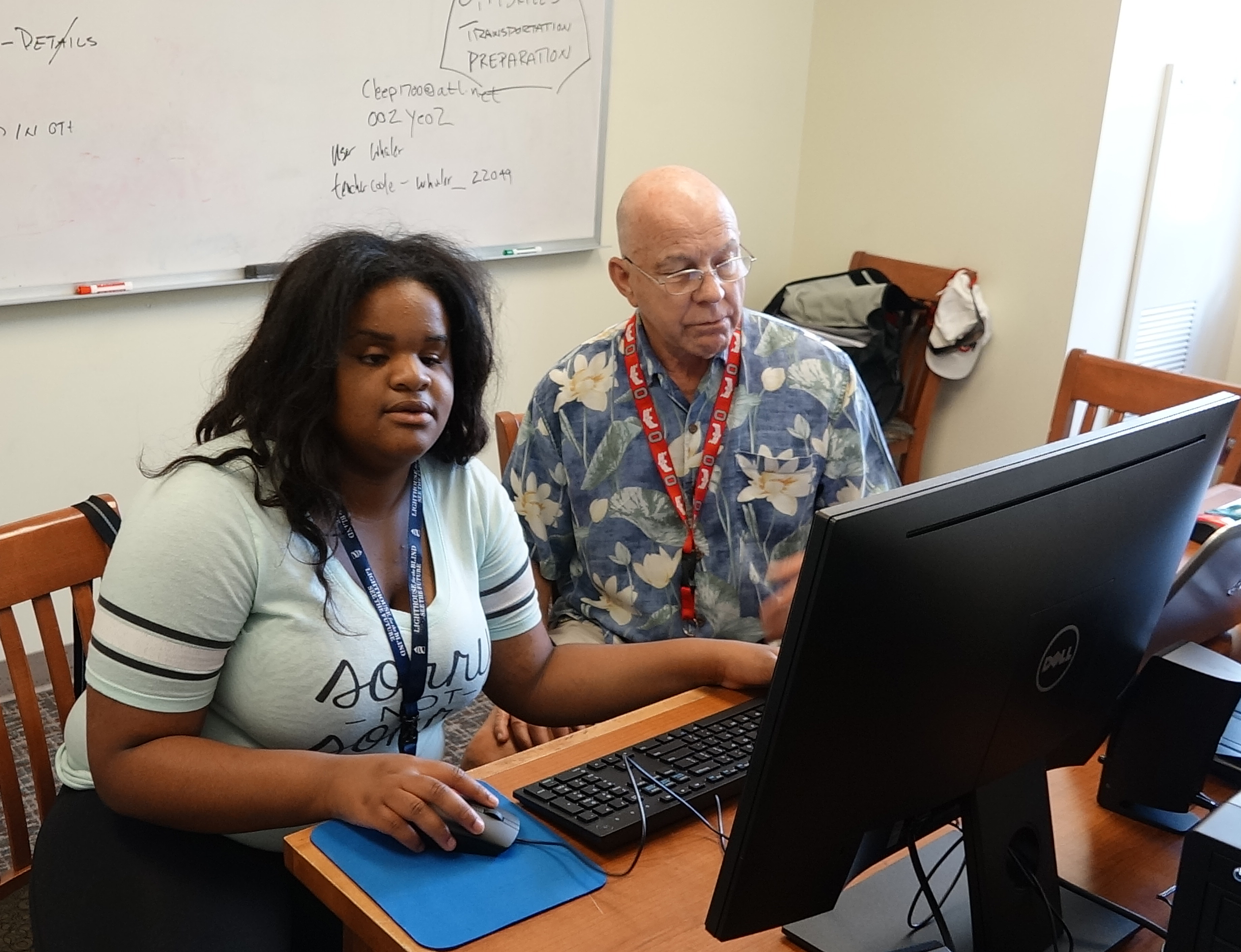 SOAR is a life-changing experience for many participants.  Typically, students arrive at SOAR highly dependent on their families to complete the most basic of tasks such as cooking a meal for themselves or ironing their own shirt.  The students leave SOAR completely different people.  Within three weeks participants increased the confidence they have in themselves and in their abilities to the point they no longer fear the future.  They look forward to going away to college, traveling, interviewing for a job of their choosing and pursuing a challenging career.

Seyoon plans to attend a major University to study Sound Design or Audio Architecture.  Based off his superior abilities navigating a go cart solely by sound, he should excel in these disciplines.

Kristin dreams of studying Nursing and wants to become a NICU nurse.  Ariana plans to pursue many different career paths including social work, child psychology and directing a choir.  She said her discussions with the Career Development coach during SOAR helped define her career goals.  Justin will attend Kansas University this year majoring in Computer Science.

We wish Justin, Seyoon, Kristin and Ariana the best of luck in their chosen careers and look forward to catching up with them down the road!